Volta continues to build its expertise, product strength and capability as it prepares for UK roll-out

Speed and scale is the mantra of Volta Trucks as its sets about bringing a new vehicle to market. Freight Carbon Zero spent a morning with the Volta team to explore what this means for comercial vehicle operators

We’re used to the new truck development plans of the truck builders being shrouded in secrecy. Rumours of camouflaged test trucks undergoing trials in the frozen north or the hot temperatures of Spain abounds as the spy photo shots are leaked in the press. It has then been striking and refreshing that Volta Trucks, the new kid on the block or “disruptor” to use the modern parlance, has carried out the development of the Volta Zero in plain sight.

Unshackled from the legacy of the past, the UK-headquartered business, has given us access to prototype vehicles to drive and has been fully transparent in its plans to secure a foothold over the next 12 months in the European market and the following year in the US. This is a bold and ambitious plan, but with a fourth round of investment secured, the company looks well funded to realise its ambitions. 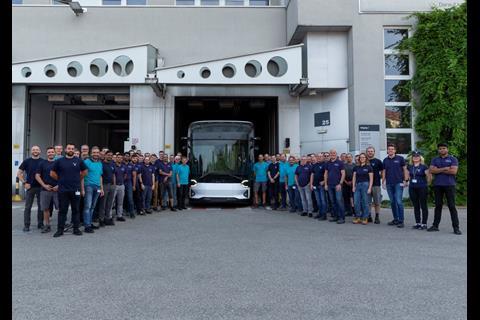 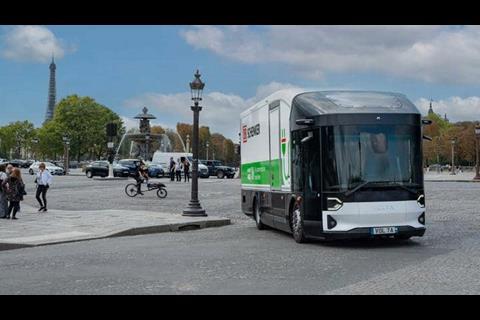 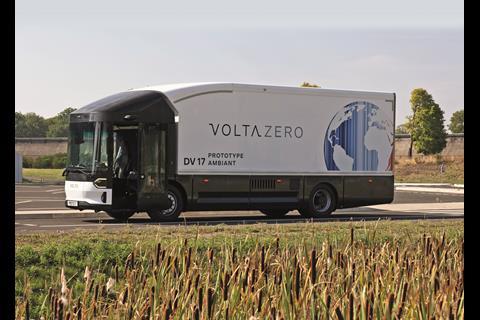 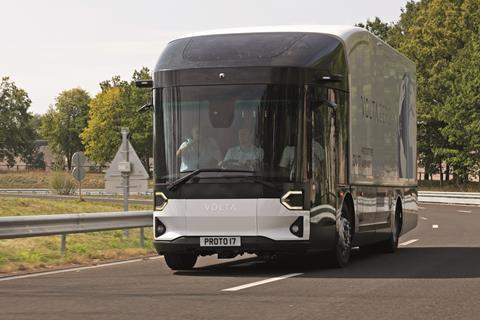 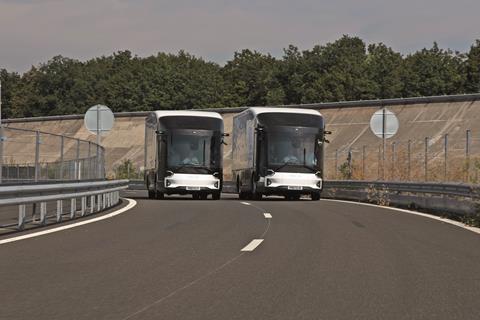 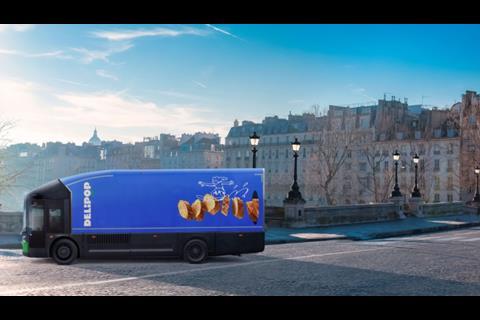 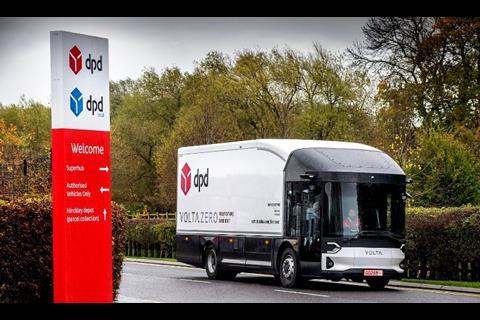 Earlier this year, Volta announced the plan to build trucks for Europe in Austria at the former MAN/Steyr truck plant. Volta has secured an annual capacity at the plant of 14,000 trucks and the initial production verification vehicles are now coming down the line. This batch of vehicles will make up the next tranche of pilot trucks for further customer trials and development testing set to commence in London in Q1 2023.

Our sister title Commercial Motor drove the first batch of test vehicles in the summer and were impressed with the principles of the vehicle design. Of course, there was further refinement to fit and finish of the vehicles and we are assured the latest iteration of the vehicle has addressed some of those early rattles and squeaks which will be essential to securing driver acceptance.

The truck has a much-publicised central driving position, removing the need to create a “handed” vehicle for different markets, but also ensuring the driver will always access the vehicle from the kerbside which logically should bring a safety benefit for urban and regional delivery operations.

Volta is steadfast in its focus on the rigid distribution sector. The Zero is available as a box or refrigerated body and will initially be available as a 4x2 configuration at 16 and 18t gvw. Plans for a 7.5 and 12-tonner are in the pipeline, as is a curtainsider, though the company is reticent about going down the chassis cab route – further underlining its laser-like market focus and demonstrating its difference to the legacy truck builders.

The market roll-out is similarly tightly honed. From what we can see “speed and scale” is not being confused with a rush to market and a “make it up as we go along” approach. The plans to launch in Paris and London have been carefully plotted. A site in White Hart Lane, Tottenham has been identified to serve the capital and in this respect the plans are measured, as the company seeks to develop its business with customers who are serving markets where the use case for back-to-base operations are clearly suited to battery electric charging cycles. Next stop in the European development will be the Netherlands and Germany in Q3 2023, with Spain and Italy following in the final quarter next year.

It’s one thing to have a decent truck to bring to market, but the success or failure of Volta will rest on the shoulders of the market support which comes with the truck. Here Volta is developing a comprehensive “Truck as a Service” (TaaS) offering where it will assist customers every step of the way through their journey to electrification and then in the operation of the vehicle in service. Cultivating the operating conditions for running electric vehicles can be a minefield and an important part of TaaS, particularly in these early days, will be in consultancy services helping operators prepare their business for carbon zero. A partnership with Siemens has recently been secured to deliver some heavyweight expertise in developing the necessary charging infrastructure, while the Volta Zero has been designed with connectivity built in to optimise its duty cycle and range.

There are seven elements within the TaaS offer covering: Initial fleet electrification study; charging infrastructure set-up and support; financing; service and maintenance; training; telematics and insurance. Volta is partnering with third parties on finance and insurance, though hasn’t yet announced who the funding or risk partners are. At the recent customer event we attended, the company published its TaaS rate card for the Volta Zero 16-tonner. In the example we saw, the truck financing for a box bodied vehicle running 40,000km a year, was a cool £3100 per month for an eight-year lease deal – the list price for the vehicle is quoted at £260,000 – while the TaaS monthly fee is quoted at £970 a month for the contract duration. There are some subsidies on offer from the UK government to soften the blow, butUK operators will still be looking at the best part of £3800 a month to run the vehicle.

It’s unfair to beat up Volta for these figures – the company should be applauded for getting some initial figures out there and shining the light on the elephant in the room, cost! There’s no denying electric vehicles will be more expensive to buy than their diesel equivalents, but the cost of electric is cheaper than diesel and many of the electrification evangelists now talk of operating cost parity with diesel in the next three to five years. The journey to the carbon zero promised land has begun and from what we can see Volta isn’t just along for the ride.

Freight Carbon Zero opinion: We can’t help but admire the bold ambition of Volta as it sets about designing, developing, testing and manufacturing a new truck range all in plain site for us to pick over. Not to mention, this is a trailblazer of what the new carbon zero future operating models will look like. The company is tightly focused around a particular vehicle mission and without the constraints of legacy brings a freshness of approach which is turning heads at every step. But, the commercial vehicle and road freight sector is an unforgiving master and to serve it well, Volta must retain a tight focus on end users and convert the obvious goodwill it currently enjoys to trust and reputation as it embarks on its journey.