Volta appoints former Volvo Trucks boss to its board

Just two months since Volta announced former MAN engineering boss Karl-Viktor Schalle had joined its board, the company has confirmed Claes Nilsson has been recruited to the Board of Directors of Volta Trucks. He joins the company after a distinguished career in commercial vehicles with AB Volvo, where he was President of Volvo Trucks and a member of the Executive Board. Prior to this, he was in charge of Volvo Trucks’ areas in Europe, South America, Asia, and Africa, as well as Strategy, Business Development, and Product Planning on a regional and worldwide scale. He has also been on the boards of Volvo Financial Services, Volvo Venture Capital, and many AB Volvo market firms. 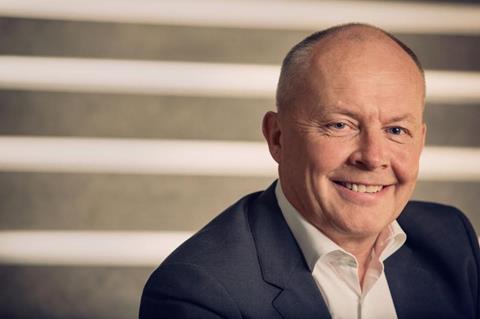 Announcing the appointment, Douglas Snyder, President of Luxor Capital Group and Chairman of the Board of Directors of Volta Trucks, said:“The appointment of Claes Nilsson comes just two months after the appointment of Karl Viktor Schaller to the Volta Trucks Board. These new appointments further strengthen the deep experience within the Board, bringing key industry expertise and validation to the company as it focuses on its commercial operations, and converting the initial interest generated in the full-electric Volta Zero into confirmed and binding orders. These customer truck orders will be built early this year on our production line in Steyr, Austria.”

“I am very impressed with the vision and plans the company has to deliver electric commercial vehicles and thereby contribute to a more sustainable transport industry,” said Nilsson. ”The product is clearly a world-first concept, both in terms of an optimised electric truck and for the safety of drivers and other road users.

”The operational model and the speed that Volta Trucks has worked is also contributing to my excitement. Most importantly though, is the positive impression of the people I have been in contact with. With my experience from many years in the truck industry, I look forward to supporting the company in its future progress.”