As orginally published in our sister publication Motor Transport, the Earned Recognition and Mission Zero accreditations for TfL contracts are not comparable to the Fleet Operator Recognition Scheme (FORS), despite TfL recently recognising them as equivalent, according to FORS concession director Ian Henderson.

Henderson made the comparison this week in response to Transport for London’s (TfL) disclosure that it will recognise Earned Recognition and Mission Zero accreditation as equivalent to FORS for transport operators pursuing compliance with TfL’s Work Related Road Risk (WRRR) initiative. 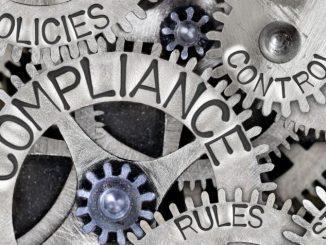 Previously FORS held a monopoly on WRRR compliance as the only industry accreditation accepted by TfL.

Fleet operators can now use Mission Zero to demonstrate contractual compliance where FORS Silver is specified by TfL, either on existing WRRR contracts, or when tendering for them.

Henderson welcomed the additional accreditation schemes but said operators would benefit from “a substantially greater benefits package with FORS”, as well as a complete upgrade of its FORS practitioner programme planned for this year.

He said: “Any move to raise safety, efficiency and environmental standards on our roads is a very good thing.

“The more that commercial vehicle operators seek to self-improve, the better, and TfL’s commitment in this regard is to be supported.

“However, even just a cursory glance at the relative size, scope and service offering currently available to operators will reveal that FORS is the industry’s principal accreditation scheme; the first choice for operators looking to boost efficiency, and, crucially, to nurture a safety mindset that can definitely bring tangible benefits. Alternative schemes aren’t comparable in this respect,” he added.

Henderson added: “I would ask operators to look at the benefits of each scheme before signing up and they will very quickly see that there exists a substantially greater benefits package with FORS, to the extent that is a unique proposition for operators.

“Having 15 years of growth behind us, FORS has established rock-solid foundations. In 2023, accredited operators will see processes being simplified, with real improvements implemented elsewhere.

“At the heart of our quest is to deliver best practice. Our comprehensive FORS Professional training portfolio is arguably the most complete training resource currently available for drivers and fleet managers.

“Training content is being revised and updated, while our FORS Practitioner programme is receiving a complete upgrade. There’s much to look forward to in 2023.”

Carol MillettCarol Millett is an award-winning freelance journalist with over 30 years’ of experience writing across a broad range of sectors, including road transport, construction and civil engineering, project management, private finance, technology, HR, and travel and tourism. She is currently a regular contributor to a variety of DVV Media titles including Motor Transport Magazine, Commercial Motor and Transport News.