According to the provisions of the Agreement, Hyzon will pay €5.52 million for one million four hundred eighty-five thousand (1,485,000) shares in Hyzon Motors Europe B.V. (“Hyzon Europe”), a joint venture functioning as a private limited liability company established in the Netherlands. Hyzon will own 100% of the outstanding shares of Hyzon Europe as a consequence of the transaction. 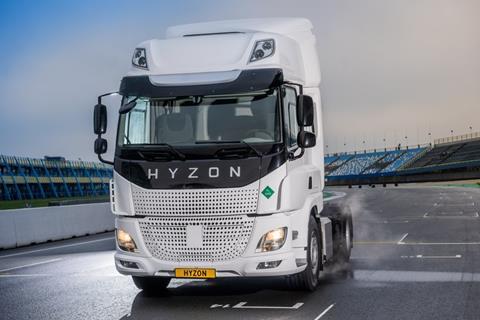 According to the statement released announcing the plan, the agreement between Hyzon and Holthausen reflects the Company’s commitment to enhancing its competitive position by resolving inefficiencies uncovered in European operations and strategy while sticking to the Company’s updated long-term growth strategy.

“This agreement is a positive step towards realigning our business and improving our market position and value creation opportunities,” said Parker Meeks, President and Interim Chief Executive Officer of Hyzon. “We firmly believe that this acquisition will facilitate those operational improvements essential to a world-class organization. It will allow us to introduce a high-performance, standardized heavy-duty FCEV, supporting our customers’ transition to decarbonized commercial trucking.”

“Hyzon’s agreement with Holthausen demonstrates the ongoing commitment from both companies to ensure that each business is well positioned to build a new era of innovation and growth while continuing to meet Europe’s decarbonization objectives. We remain committed to helping the world decarbonize transportation through specialty zero emission trucks”, said Carl Holthausen, Chief Technology Officer of Holthausen.

The transaction is expected to close on or before 31 December, 2022.