Global freight forwarding, supply chain services and technology company EV Cargo ramped up its efforts to become more sustainable during 2021, according to its inaugural sustainability report, published this week.

As originally reported in our sister publication Motor Transport, during the year the company said its commitment to global sustainability gathered momentum, with the introduction of a number of environmentally targeted operational programmes. 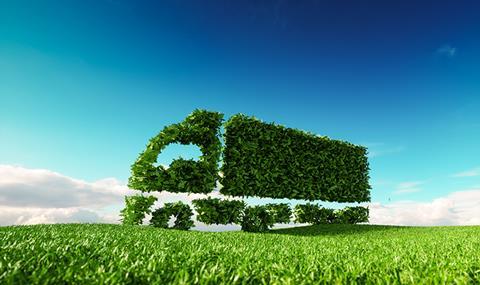 One key development was the appointment in March of Virginia Alzina as chief sustainability officer, with a brief to lead initiatives in four focus areas: planet, people, governance and value creation.

Alzina also oversaw the development of a decarbonisation roadmap, working towards the target of becoming carbon neutral across scope 1 and 2 emissions by 2030.

Meanwhile a sustainability committee was established at executive board level and more than 20 employees were given the role of sustainability champions across the business.

EV Cargo also became a signatory to a number of international agreements. These included the UN Global Compact, a pact to encourage businesses and firms worldwide to adopt sustainable and socially responsible policies, and to report on their implementation.

At COP26, EV Cargo endorsed the Global Memo of Understanding, which aims to achieve an interim goal of 30% zero-emission new bus and truck vehicle sales by 2030 and 100% by 2040.

The group also introduced HVO fuel in its truck fleet which it said reduces greenhouse gas emissions by up to 92%. It also became the first FMCG operator of an electric truck in the UK.

Other achievements included the completion of the Target Gender Equality programme, delivery of diversity and inclusivity training to all senior managers, and prioritising employee welfare, wellbeing and development through the launch of initiatives such as the Delivering Better programme, the group added.

Alzina said: “Sustainability is a core value and a cornerstone of EV Cargo’s operations, and the company has taken major steps both internally and globally to reinforce its stated commitment.

“We are intently focused on becoming carbon neutral by 2030 and introducing initiatives to reduce emissions and decarbonise both our, and our customers’, supply chain operations.

“Our commitment to building an organisation where employees are engaged, valued and respected has seen us prioritise diversity, inclusivity and ensure our colleagues have a pathway to develop and grow with the business.

“The publication of our inaugural sustainability report provides EV Cargo with a valuable opportunity to engage stakeholders, responding to issues that matter most to them and our business, while working to further prioritise our sustainability and corporate social responsibility initiatives.”