EU legislators have set a date of 2035 for the phase out of diesel and petrol-powered cars and vans. The agreement, which has the consent of the European Commission, Parliament and the Council, was announced at the end of October and will mean all new cars and vans registered in the EU will be zero emission in 13 years time.

As an intermediary step towards zero emissions, the new CO2 standards will also require average emissions of new cars to come down by 55% by 2030, and new vans by 50% by 2030. This agreement marks the first step in the adoption of the ‘Fit for 55’ legislative proposals tabled by the Commission in July 2021, and demonstrates ahead of COP27 the EU’s domestic implementation of its international climate commitments.

Despite the fact that the following advancements have no immediate impact on commercial vehicles, this breakthrough demonstrates how the market is rapidly changing. An EU deal on CO2 standards for trucks and other heavy duty vehicles is expected next year. 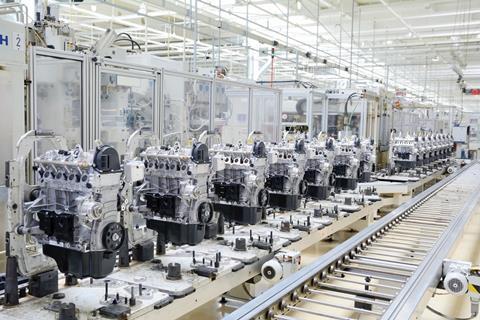 Executive Vice-President for the European Green Deal, Frans Timmermans, said: “The agreement sends a strong signal to industry and consumers: Europe is embracing the shift to zero-emission mobility. European carmakers are already proving they are ready to step up to the plate, with increasing and increasingly affordable electric cars coming to the market. The speed at which this change has happened over the past few years is remarkable. It is no wonder that this file is the first one in the entire Fit for 55 package where Member States and the European Parliament have come to a final deal.”

By approving the engine ban, Brussels has sidestepped top German lawmakers, carmaker executives, and portions of its once-dominant automobile industry, which had vigorously pushed against relying only on battery-electric vehicles to reduce transportation emissions.

The new EU laws will not affect older cars on the road by 2035, but the goal is to have all vehicles in the EU emit zero emissions by 2050 through general fleet turnover.