The collapse into administration of Britishvolt earlier this week means there are now no UK stand-alone factories making the batteries required to help the automotive industry transition to electric-powered vehicles, according to the Unite union.

As orginally reported by our sister piblication Motor Transport, around 300 workers lost their jobs when the firm failed on 17 January and it brought to a halt plans to build a gigafactory in Northumberland. 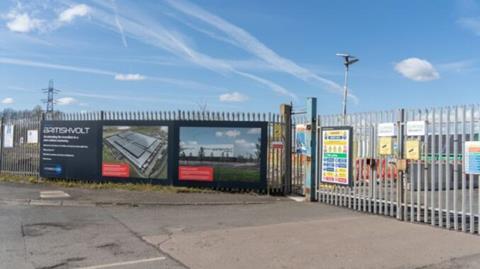 This would have made batteries for electric cars, as well as HGVs, and could have created up to 3,000 jobs.

Steve Bush, Unite national officer for the automotive sector, said the demise of Britishvolt meant there were not even any plans in the pipeline now for UK-owned battery factories: “This is a grim day for the North East and for the just transition to the electrification of the nation’s automotive sector,” he said.

“The complete lack of a competent industrial strategy by the government to protect jobs in the UK automotive sector is becoming potentially more catastrophic by the day.

“The government’s strategy seems to be to cross their fingers and hope that everything will be ok.

“The workers in the automotive sector are frankly enraged at this dreadful and total abdication of leadership.”

Answering an urgent question in the House of Commons on the country’s gigafactory capacity in light of the administration, climate minister Graham Stuart said the government was committed to the future of the automotive industry and promoting EV capability.

He said: “The automotive industry is a vital part of the UK economy, and it is integral to delivering on levelling up, net zero and advancing global Britain.

“We will continue to take steps to champion the UK as the best location in the world for automotive manufacturing as we transition to electric and zero-emission vehicles.”

Chris TindallChris has covered a broad range of significant issues, including GPS jamming by criminals, platooning, Brexit and the impact of the Covid-19 pandemic, the lack of safe and secure lorry parks and he helped secure the release of a lorry driver in a Polish jail due to misuse of the European Arrest Warrant.