Following a strategy U-turn, Arrival Founder and CEO Denis Sverdlov steps down. Swapping roles with chairman of the board Peter Cuneo.

Arrival’s creator has stood down as CEO, following a dramatic strategy U-turn in which the company changed its focus from the UK to the US.Peter Cuneo will succeed Denis Sverdlov, the Russian-born telecommunications billionaire. Sverdlov, who remains a major shareholder, will remain as a Chairman of the Board. Cuneo oversaw Marvel when Disney bought it for $4 billion in 2009. 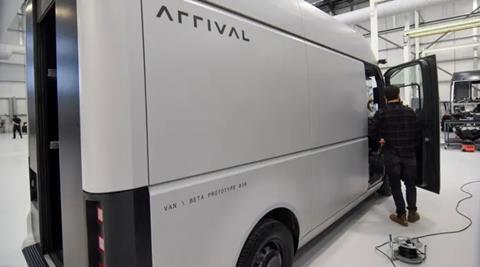 The announcement follows the firm’s announcement last month that it did not have the capital to begin production of its UK vans and buses and needed additional money to bring in its US Vans, the company’s sole operating vehicle.

“I intend to bring the full depth of my experience to this operational role, ensuring that the Company executes on its next set of strategic goals. I look forward to working closely with Denis, the rest of the Board and our employees for the benefit of all Arrival’s stakeholders”, stated Peter Cuneo, who has resigned from the Board and the Audit Committee in order to focus on his duties as Interim CEO. Peter Cuneo will continue to attend Board meetings as an observer.

“I am more committed than ever to ensuring Arrival’s success, and I will continue to act in the best interests of the Company, shareholders, customers, partners and employees”, declared former Arrival CEO, Denis Sverdlov.

In addition, for personal reasons, Avinash Rugoobur resigned as President and Chief Strategy Officer on November 22, 2022, but will remain a Board member. Rexford Tibbens will take over as Chairman of the Company’s Strategic Planning and Operations Committee, which will work closely with management to achieve major milestones across all divisions, including fundraising.