Swedish truck and tech company, Einride, is growing rapidly. Having secured $500 million of funding last year it has recently opened up in Germany, Benelux and the US and there’s a UK market entry imminent. We got the low down on the company and its plans for the future from Robert Ziegler, Einride’s General Manager for Europe. 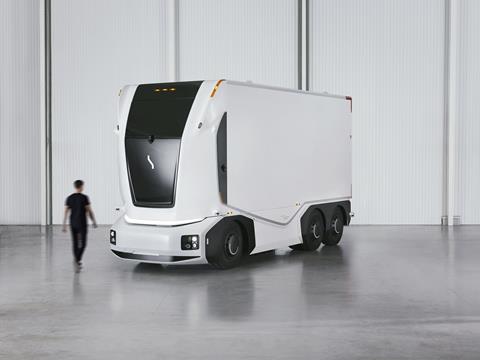 Rarely a week goes by these days without an announcement from Swedish company Einride. In December it announced it had secured a whopping $500 million of funding (a combination of equity investment and debt facility) and it appears to have the foundations in place to play a significant role in the decarbonisation of the freight sector, both in Europe and North America. The company has opened up in Germany and Benelux and, we understand, a UK market entry is imminent – this is definitely a company to watch.

Einride (pronounced En-ride) was founded in 2016 by ex-Volvo engineer Robert Falck and as a company is tricky to pigeonhole. You could call it an engineering company (its electric autonomous truck certainly turns heads) a software systems company (it has some powerful tech driving its transport management systems and enabling the journey to carbon zero freight deliveries) or a logistics provider (it has a fleet of over 500 electric trucks on operation with clients in Sweden, Germany and Benelux) and even then you would have probably missed something.

“Robert Falck, our founder, saw that transport is going to become more digital, electric and autonomous,” explained Einride General Manager for Europe, Robert Ziegler when we caught up with him at the IAA Transportation event in Hanover. “Initially, he had this vision of the electric autonomous digital truck. Experience has told us that this is not going to scale quickly, so we have built the second logistics business on the side that is digital and electric. 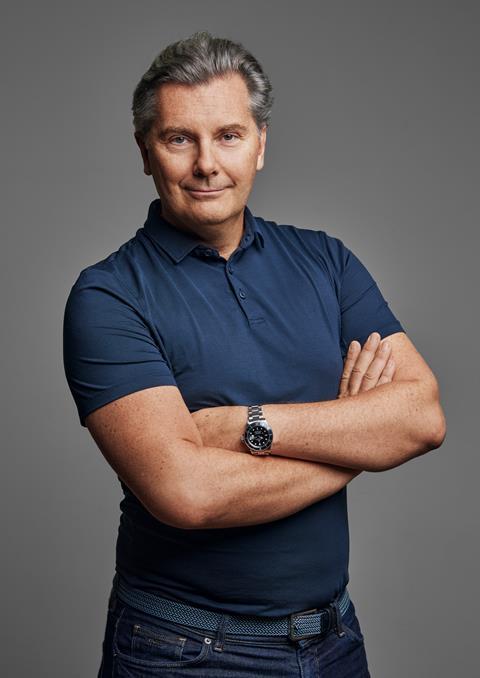 “When we started that two years ago, everybody thought we were crazy. But if you go around the exhibition today, you’re not going to find any OEM without an electric truck on their stand. So I think we’re right on the board and the wave’s coming.”

Einride’s autonomous vehicle has recently had a facelift, refining the product offering, but the basic principle of a connected autonomous electric vehicle remains. “It doesn’t have a driver’s cabin, there’s no steering wheel, seats, no stereo, no air conditioning, no windshield, no windshield wipers,” Ziegler continues. “It reduces the complexity of the vehicle by more than 60%. When you speak to the other OEMs, you will find that this is the majority of their complexity. Just think about the UK. I mean, we don’t have to switch the steering wheel from one side to the other, it doesn’t matter. Basically we have intelligence at the front of the vehicle and the rest is cargo space.”

The autonomous vehicles are already in service in Sweden running on public roads on a contract with SKF, while the first trials on US public roads took place last year. The driverless vehicles are controlled by a constantly monitored remote pilot who can stop the vehicles in the event of a problem. The intellectual property and design know-how is all developed in-house by Einride, though the chassis and the bodies are bought in. For the future Einride is seeking partners to look after the manufacturer of the vehicles, says Ziegler.

While Einride is clearly well placed to take advantage of the autonomous vehicle opportunity, the company has a powerful technical stack driving business efficiency and performance for its customers: “Fundamentally, we are a tech transportation company,” Ziegler tells us, explaining how the company relies heavily on data for its decision making. “When we work with the customers at the beginning, we do what we call a transportation assessment. We take their transportation data, run it through our machine and it gives us a report. As an example, it may say there are up to 40% of your routes you can immediately electrify and then next year, you could do another 20%. And then you could do another and so on. Our customers sign up for joint business plans over the coming years. And as technology evolves, and as we become better and charging infrastructure improves, we can make constant improvements.”

On the contract logistics side Einride has been building up its battery electric truck fleet, placing sizeable vehicle orders with Daimler and Scania for Europe and BYD for use in the US. “We have a couple more deals in the pipeline,” Ziegler says. “And a couple of retrofitters also working for us.”

The Einride story is an impressive one, but we were interested to hear about the business model for this new type of battery electric logistics operation: “Obviously, you’re looking at a vehicle that is more expensive than its diesel equivalent - we take that investment risk,” Ziegler continues. “We also build the charging infrastructure for the application for the customer and take that investment risk as well. But we have longer term contracts, we have three to five-year contracts. And over that time span, the lower operating cost [of electricity compared to diesel] amortises. We’re looking to make each contract profitable over its lifetime,” Ziegler adds.

In terms of UK aspirations, while it would not have been on Ziegler’s initial hit list, he hints at an announcement soon: “We have a lot of interest from the UK and we have a number of shippers in the Midlands region who we’re talking closely to,” he added. According to Companies House, two Einride legal entities were registered in the UK at the end of 2022 and we await further developments.